Top 6 Reasons Why Your Company Shouldn’t Use Outdated Software 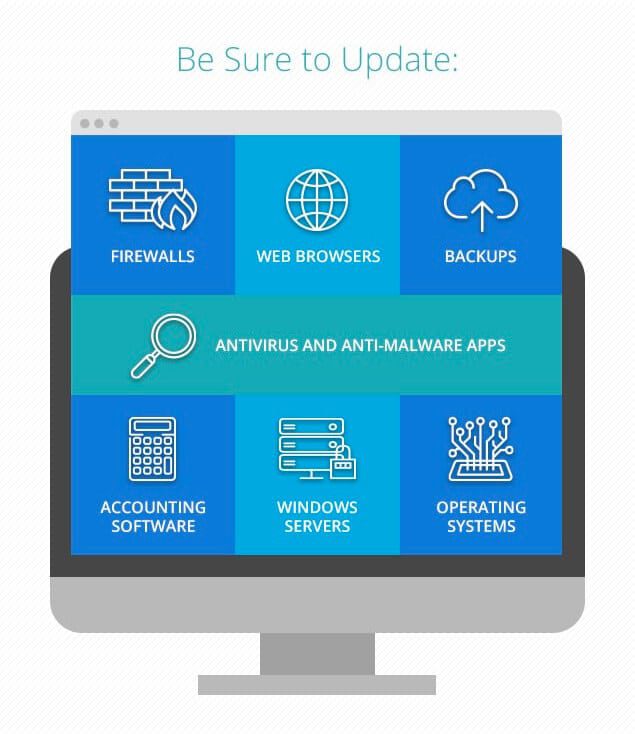 Typically, if you can avoid paying more to get some seemingly minuscule or inconsequential update to an already thousand-dollar piece of software, most people will choose not to buy. After all, who needs the latest bells and whistles on some application? Why accept the cost of moving to the cloud or updating your software when your current technology is working just fine? If you have employees who are comfortable and well-learned on the existing software, introducing something new could just be confusing, and mess up their workflows… Right?

Ah, well, nameless question-asker, obsolete operating systems and software are probably costing you more than you think. How, you ask? I attempt to answer all your questions just below the obligatory infographic that follows.

1. The features that you might think are inconsequential are actually incredibly useful to the users.

This sentiment, if not in those exact words, is expressed pretty much in every company, government agency or non-profit organization. So it can be really hard to justify purchasing a thousand-dollar–plus upgrade to an already pricey piece of software. Making matters harder, most software upgrades don’t usually have major, life-changing upgrades, most of the time. Usually, what you’ll see are small bug fixes, and small improvements to existing features. So who needs these improvements?

Your users. They’re the ones using the software every day, and they might have issues with the software that they don’t have solutions for. While the issues might be small, a bunch of small issues can build up to become one giant problem for the user — making their jobs harder, and keeping them off of what they should be doing.

These same issues could be cropping up with multiple users, and these small frustrations may be solved by the latest upgrades to their software.

For example, say “Bill” is working on his finance application. That program has a small bug in it that makes it take him a couple minutes to add a second sheet to the one he is currently working with. What’s his solution? Creating big work-arounds to avoid making new sheets, which might include having one mega-sheet that will, eventually, crash.

Small upgrades can be a real stress-reliever for your users, and can save them a lot of time.

We all remember what happened a couple years ago when Microsoft dropped a bombshell by discontinuing support for Windows XP. Some panicked. Others shrugged it off. Who cares if they’re discontinuing support? If you can still use the operating system, then what’s the to harm you?

Ah, my innocent rhetorical-question-asker, did you not learn from that little incident?

These same issues could be cropping up with multiple users, and these small frustrations may be solved by the latest upgrades to their software. 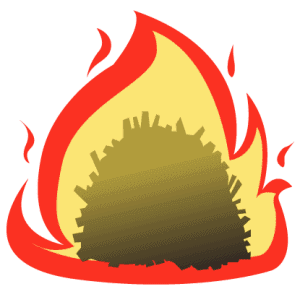 Without software updates, your software isn’t kept up with the latest security features. Cyber Security is in a state of constant change and obsolete operating systems or software can leave you vulnerable. As fast as we build walls, black-hat hackers (and other criminals who either have no life or are making a lot of money) are busy trying to tear them down. So what happens if last version’s walls have decayed into straw, and the attackers have flame-throwers?

If Bill doesn’t have the most recent software, hackers can exploit the flaws in his app. These flaws, by the way, are now very well known by the people who would want to exploit these flaws. (Just sayin’.)

That’s essentially what can happen when you don’t upgrade your software.

These same issues could be cropping up with multiple users, and these small frustrations may be solved by the latest upgrades to their software. When you consider the cost of moving to the cloud or implementing a new safety feature, these are much more manageable than the cost of a security breach or major data loss.

3. Old versions of your software might not be compatible with other software, or your operating system. 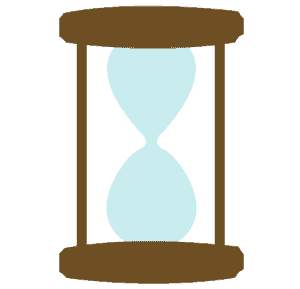 Software can be a tricky dame. It baffles even the people who write it. When you have thousands of users using it, some bugs are going to come up that even the engineers didn’t think of. Some of those bugs have to do with how that software works with other software (including operating systems).

Alright, I’m not saying that using older software on a newer computer or with newer software is going to cause full systems failure.

But, it could cause a host of issues that you have no solution for. What’s more, often the problems are not necessarily obvious — they are insidious time-wasters that add up to extra expense and/or lost income.

Something that people tend to run into a lot when using older or obsolete software is that it just doesn’t work right on newer operating systems. It can lag, or get snagged up on something, or just plain refuse to work unless you create work-arounds to trick the software into thinking you’re running an older OS. This means that Bill, using his older or obsolete software, might get a computer upgrade. Sick!

He goes to load his old version of that finance app… Boom goes the dynamite. While this might not completely cripple him, it could cause your paycheck to come late.

And while we’re speaking of hardware…

4. Your hardware might not be compatible with an outdated version of software. 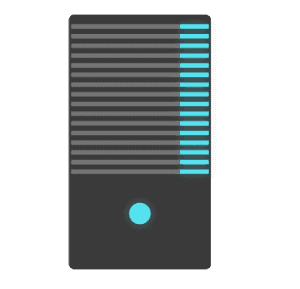 As hardware gets more efficient and faster, creators are making software that can utilize this progress to its fullest extent. (Okay, that’s obvious.) But, if you’re using a version of software meant for a computer that’s ten years older than what you’re currently running, you can have some problems. 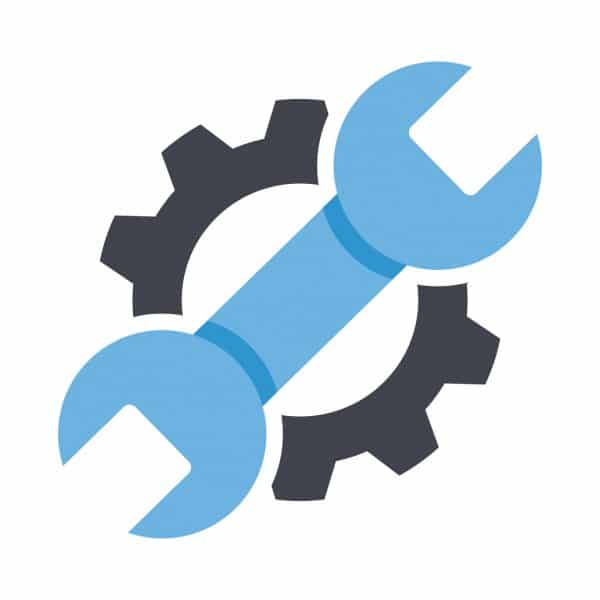 Whether you’re talking to a barely-out-of–highschool teenager, popping their gum in your ear, or an angel sent from above to cure you of all of your software issues, tech support is now a staple of our lives. Still, having the option of tech support is a wonderful security blanket for most. If you run into hiccups with your programs or a bug that our overlord Google can’t answer for you, you can call up your very own genie to get the problem solved.

The challenge arises when you rely on software or an operating system that’s obsolete and no longer supported by manufacturers. What happens when you need a repair?

While you might own a piece of software for years and never need to contact tech support, it’s kind of a law of the universe that as soon as you decide that you don’t need it anymore, you’ll need it.

Like when you throw away a random button (that you had held onto for months) for which you cannot find a shirt it matches, and then as soon as you toss it you find that shirt, missing button and all. But I digress. Let’s go back to Bill. Say Bill’s program is doing something wonky (a technical term). Something his many workarounds and extensive knowledge of the program can’t fix.

If he doesn’t have access to someone he can call to solve his problems, he’s banished to help forums. After trying every possible solution, he’ll still not be any closer to fixing his problem.

You know where this is going.

6. Using unsupported software may be costing you more than the upgrade fee.

Rhetorical question. Let’s look at our luckless employee Bill. Let’s look at all of the problems we’ve seen Bill encounter, and all of the time he’s spent either losing data, or finding ways to not lose that data. 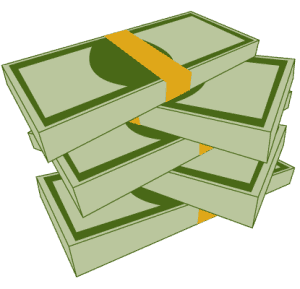 Let’s say you have five “Bills” in your company, all of them having these issues and all of them spending upwards of five hours per week on such issues. Your company is paying each of those Bills for five hours of non-production time. They aren’t actually doing their jobs when they’re trying to fix their software.

I’m not saying to make Bill work off the clock for those hours he’s spending trying to fix his program. I’m saying there is a better way: upgrading his software to remove those time-destroying issues.

And there you have it.

If the above reasons didn’t convince you that you need to update your programs, or if you’re still unsure, then it all goes back to where it started: Bill.

I mean, your users. Talk to them and find out what kind of problems they’re running into. When you have those, check out the updates of the software since the last time you did. You may find that many of those problems have been fixed by subsequent updates of that software that someone (for whatever reason) has chosen not to submit that purchase request for. 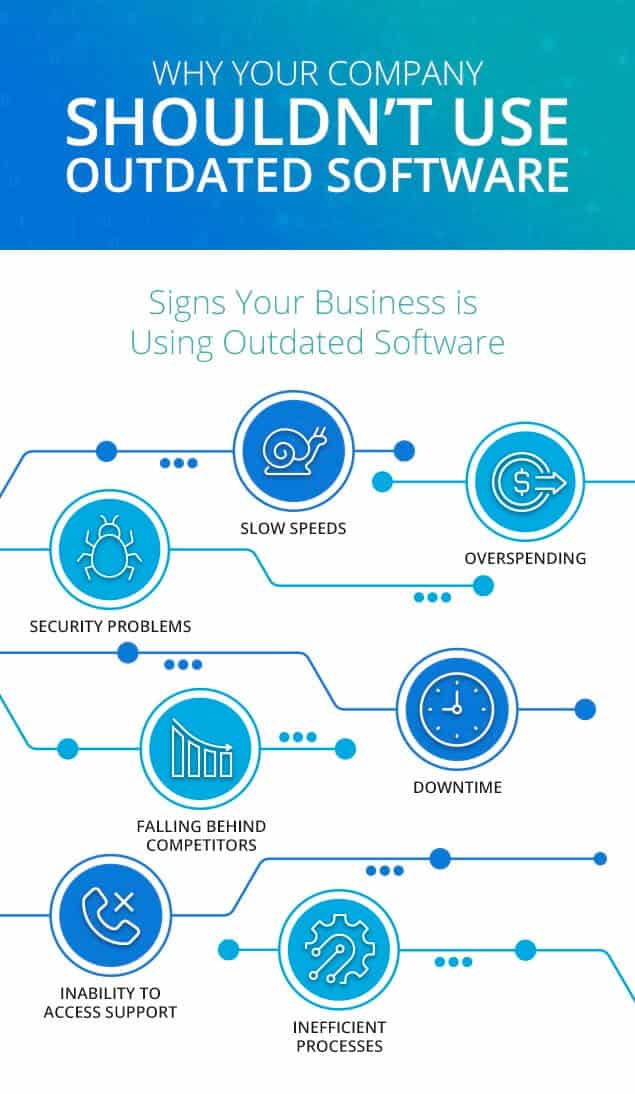 How to Move Data to the Cloud

To make sure your programs and systems provide the biggest bang for your buck, you’ll need to stay up to date on all the latest software, servers, browsers, and security solutions. You may also consider developing a reliable backup strategy, starting with the cloud. If you’re unfamiliar with the semantics, you might be asking — what does “moving to the cloud” mean?

Moving to the cloud involves taking all your data and projects and transferring them to an online database. Cloud-based systems are usually more spacious, cost-effective, and flexible than in-house systems, which makes them a popular choice for businesses today.

Using LinkFixer Advanced software from LinkTek is how you’ll move data to the cloud with style and ease. This software prepares all your file links so that they can be automatically restored (pointed to the correct places) after your files are moved into the cloud. This helps ensure a quicker and more cost-effective transition while protecting your data and your time.